Report: Blame our employers for our “sickie” culture, not us - WellBeingGrow
19377
post-template-default,single,single-post,postid-19377,single-format-standard,ajax_fade,page_not_loaded,,qode-theme-ver-11.1,qode-theme-bridge,wpb-js-composer js-comp-ver-5.1.1,vc_responsive

Report: Blame our employers for our “sickie” culture, not us

Report: Blame our employers for our “sickie” culture, not us

Posted at 06:49h in press by WellbeingGrow 0 Comments
Share on: 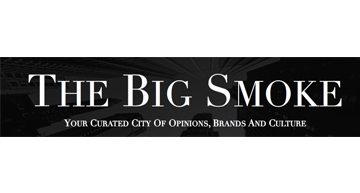 Throwing a sick day might be an Australian institution, but the economic and mental damage it enables is worth a closer look. Employers, it’s not our fault, though.

It’s no surprise that the good old Aussie “sickie” is engrained into our country’s work culture, given that Australian “workers” take a whopping 90 million sick days off annually, which is costing the economy more than $33 billion per year!

Advances in technology and modern mobile devices are being blamed for creating an unprecedented “always-on” culture, which is resulting in excessive and prolonged work pressure, often leading to burnout. These blurred boundaries between work and personal time are subsequently causing some of the legitimate reasons people take sick leave. Oddly enough, employers are failing to understand and address these reasons.

A National Survey of Mental Health and Wellbeing found that around 45% of Australians aged 16 to 85 years experience a high prevalence of mental disorder such as depression, anxiety or a substance abuse disorder in their lifetime (ABS 2008). It’s no great revelation that one of the biggest contributors to workplace absences, therefore, is mental illness.

Charles Hunter is the Managing Director of WellBeing GROW. He says, “We want to help businesses take back some of the 90 million sick days Australian employees take off each year. It’s far too many because there is a flow-on effect when an employee doesn’t come to work. It can make other employees less productive and negatively impact staff morale and workplace culture.”

Mental illness is also a major driver of presenteeism, where an employee goes to work despite not feeling well and therefore has very low productivity. The cost of presenteeism to the Australian economy is a staggering $34.1 billion.

“People with low job satisfaction often report higher levels of depression, sleep problems and excessive worry. On top of that, low job satisfaction leads to more emotional problems and lower scores on overall mental health. The good news is there are many strategies individuals and organisations can use to promote good mental health in the workplace and organisations can lead the way by being more proactive about mental health initiatives.”

So, the lesson clear. Stay in bed until they sort it out.