Empowering Women and Advocating for Equality

Empowering Women and Advocating for Equality

Posted at 04:00h in Community, GROW Journal by WellbeingGrow 0 Comments
Share on: 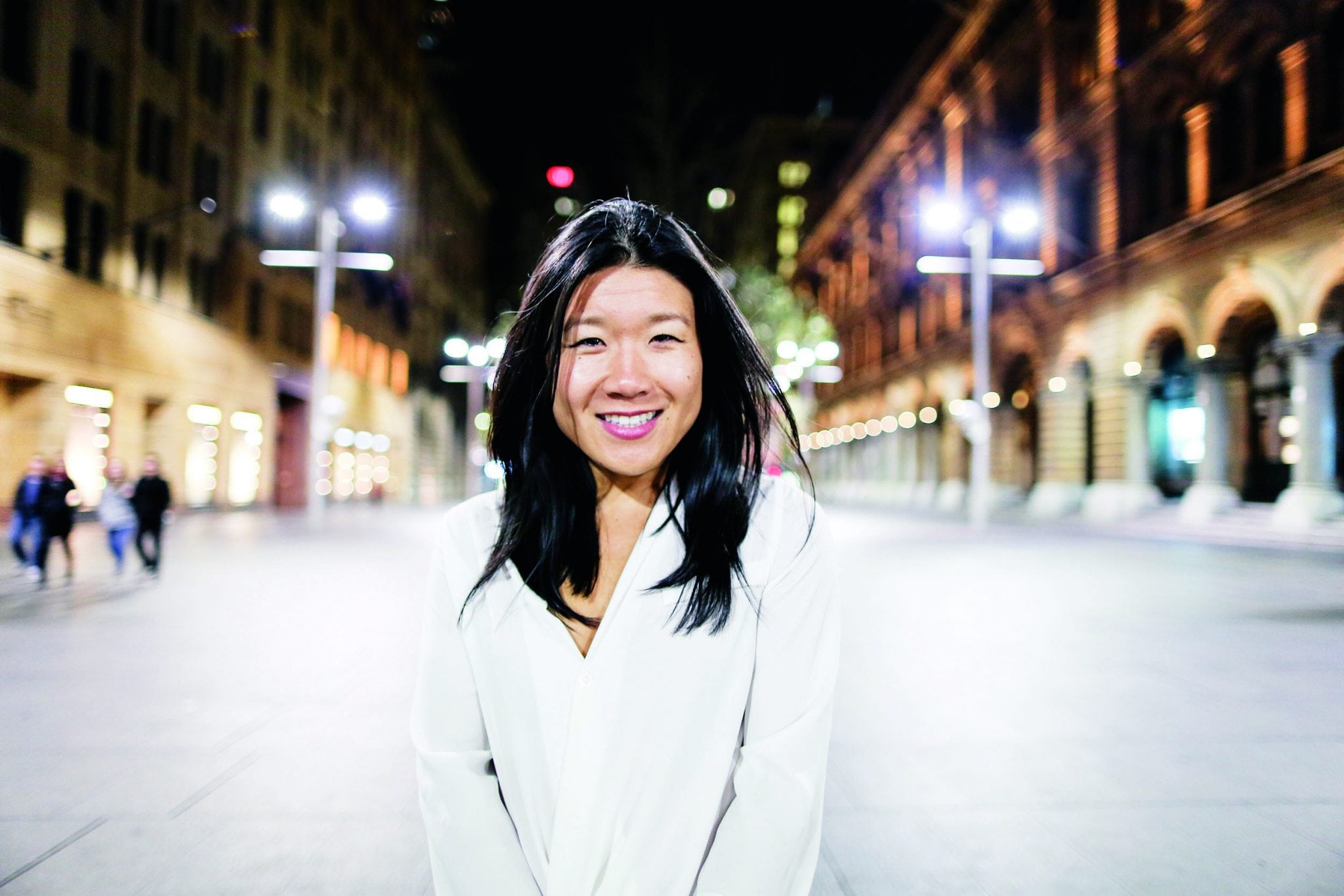 Stephanie Lorenzo’s whole world changed when at 21 she read the real-life account of a child sold into prostitution. Though many are outraged by human trafficking, what made this young woman different was her decision and determination to do something about it. Today at 31, the Sydneysider has achieved what few would dream of doing in a lifetime. Since she founded the not for-profit organisation Project Futures in 2009, it has raised over AU$4.5 million, attracted more than 8000 supporters and helped hundreds escape the trafficking trap. She’s also been named among The Australian Financial Review and Westpac 100 Women of Influence and been nominated as Australian of the Year. Lorenzo shares how she was propelled from complacency to positive action.

Born in the Philippines to Chinese parents and raised in Australia, Lorenzo was instilled with philanthropic values from an early age. “My parents sparked ethics of giving and gratitude in me,” she says. “They were always helping out in the community.” At 21, Lorenzo’s wanderlust led her to Cambodia where she joined a bike trip to raise funds for The Muscular Dystrophy Association of Australia. “It was at that time I picked up a book by Cambodian woman Somaly Mam and read it cover to cover in one night.”

Somaly Mam was sold into sexual slavery aged 12 and later, with no resources, set up AFESIP Cambodia, an organisation with safe houses for recovery, education and reintegration of survivors. Wondering what she could do to help, Lorenzo decided to do the same cycle challenge the next year and get her friends to come. Twenty-one people came on that first cycle, raising US$80,000. “I never intended to start a charity but, after meeting people in the safe houses, I realised how horrible their situation was and decided to keep running events and enlist others,” Lorenzo recalls. “I wanted to create an outlet for people to help, have fun and give back rather than guilting people into giving.”

Making friends in Cambodia on the International Cycle Challenge 2014

Fun fundraising back home, Lorenzo was faced with a quandary: “How do you engage a selfie-obsessed millennial generation?And how do you get them to care about issues they can’t imagine?” Her answer?

Invite them to a party with a purpose.

“That was how Projects Futures was born; party after party, bike ride after bike ride, we wanted social networking to equal social responsibility,” she says. Her ways of making fundraising fun and goal planning are the secrets to Project Futures’ success. Who wouldn’t pay to toss their boss out of a plane? Toss the Boss was just one of Project Futures’ 2016 events, with 40 willing Sydney business leaders collectively raising AU$60,000 by plummeting from a plane at 14,000 feet. Project Futures continuously hosts successful small and big events that have raised over AU$300,000 to assist them to eradicate human trafficking and slavery in the Asia Pacific.

Since 2009, Lorenzo has built Project Futures from a one-woman show into a team of passionate professionals and partners dedicating their time and talents to ease others’ adversity. But it hasn’t been easy. “It’s very hard to constantly ask favours but it’s something we need,” she explains. “Innate empathy is in everyone, but I wasn’t afraid to go out of my comfort zone to act on it.”

Where do funds raised go?

“We focus on support of specific organisations that meet our criteria so we can set up sustainable, long-term infrastructure for prevention as well as problem solving.” Supporters can see how they’re making a tangible contribution to needs such as housing, counselling, medical care, education and employment.  Human trafficking is the fastest growing crime industry worldwide, worth an estimated AU$150 billion. Eighty per cent of the victims are girls.

It involves the illegal trade of human beings for the purpose of cheap or slave labour, sexual and domestic servitude or forced marriage. Victims are drawn in due to poverty, poor education, migration or kidnapping.

“Even Australia has victims of domestic servitude, sex trade, construction, hospitality and agriculture,” says Lorenzo. “Businesses need to be aware of migrant workers’ rights.” Project Futures has partnered with three Australian groups since 2011 to uproot the weeds in our own backyard.

Lorenzo’s real rewards are when she hears of the heartening progress of Project Futures’ recipients. “The hard work didn’t seem so hard when we learnt stories like Nora’s,” she says. A girl rescued from sexual abuse who Lorenzo met on her first bike ride in 2009, “[Nora has] since earned a Bachelor of Psychology and is working back in the safe house that sheltered her.”

Lorenzo also tells the tale of Ly Thia, who survived and thrived due to her unbreakable spirit and AFESIP Cambodia. “At only 10 years old, Ly Thia was living in Vietnam and was sold by her aunt. She was unpaid, overworked, abused, raped and dragged from brothel to brothel.” Eventually, she was given sanctuary in a safe house. “She decided not make her past equal her future. Not to be angry at the world. To help people and tell her story so she could be an example to inspire others.”

Then there’s Sina Vann, who was forced to service 20–30 clients a day in brothels from a young age. Today, she’s salvaging her life and hope thanks to AFESIP and says she is deeply grateful for a second chance: “Love is very important for us because we never got it from anyone. We have power now because you all support us.”

Lorenzo is a big believer in the power of connection, “having fun, being social and attaching that to a good purpose”. Never doubt you can make a difference. Even simple efforts can reap great results and, remember, a little goes a long way in developing countries. Lorenzo offers simple strategies to fundraise for any charity that moves you. For example, instead of getting birthday or Christmas presents, ask people to donate to your chosen cause. Host an event like a morning tea, party, karaoke, bowling, movie night, auction, workshop or theme day or offer your services. To up the ante, ask your work to match your donation dollar for dollar. You can also be a conscious consumer, she says. “Check if your clothes contributed to child labour by asking where they’re made.”

When asked what the future holds for the mother of Project Futures, Lorenzo sighs deeply. “This may shock you but, though I’ll always be involved with Project Futures, I’ve decided to resign as CEO because I don’t feel I’m the best person to lead it forward. It has been an extremely difficult decision to let go [but] this work was truly tough and challenging and I need a break. I believe everything in life has a cycle. These cycles allow you to explore, discover and get curious again — not stay stuck.”

Lorenzo won’t slow down for long, though: she was born to shine and enlighten others.

Caroline Robertson is a naturopath, first-aid trainer, freelance writer and mother to a fantastic fairy. She ran a charitable clinic in India and now practises in Sydney. For consults, courses or health retreats, see carolinerobertson.com.au.