Posted at 01:49h in press by WellbeingGrow 0 Comments
Share on: 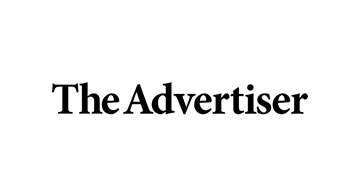 AUSTRALIA’S growing obsession with sickies is costing us billions. But are we really getting sicker or are we just a nation of entitled slackers?

Wellbeing expert Terry Robson believes that the “epidemic” of sickies — which amounts to 90 million sick days every year and $34.1 billion being sucked out of the economy annually — is down to companies failing to grasp the legitimate reasons for workers not showing up for work.

He says excessive and prolonged work pressure is leading to burnout and operating in an “always-on” culture which has been worsened by technology and mobile devices which have eroded the boundaries between work and personal life.

Mr Robson also believes that mental illness is one of the biggest contributors to workplace absences.

However, Paul Dundon, Managing Director at Direct Health Solutions, said the rise of the sickie culture was down to a separate combination of factors — including a “sense of entitlement” among Australian employees, a lack of flexibility from employers and, of course, illness.

He breaks these down into three groups. There are “chronic absentees” who often have underlying health issues and mental health concerns. They often take well over the 10 days absence which employers are required to give.

“But the people who are taking the 10 days exactly are often doing it for work-life balance or they just don’t really care and chuck a sickie,” Mr Dundon said.

Mr Dundon believes it’s all down to the culture of each organisation.

“In many companies you’ll see habitual absenteeism going on and what happens is that other people see them taking it with no consequence. And, because of that, they think: ‘I’ll do that.’

“We call them dominoes and there’s also another group which is ‘under-the-radars’ who are very calculated in taking their sick days and planning them out.

“They’ll take the 10 days every year so they never come on to the manager’s radar. They might take sick days to extend their long weekend or in shift work environments, they might take a day off to extend the break between their shifts.”

However, Mr Robson says mental health is one of the key factors in the employees taking sick days and low job satisfaction can feed into these health problems.

A National Survey of Mental Health and Wellbeing indicated that around 45 per cent of Australians aged 16—85 would experience a high prevalence of mental disorder, such as depression, anxiety or a substance abuse disorder in their lifetime.

However, according to the 2017 Absence Management & Wellbeing survey, levels of sickness in Australia have remained pretty much constant.

The results showed that 40 per cent of the 122 organisations taking part believed their absences levels increased in the last 12 months and only 24 per cent indicated that sickies had decreased.

Charles Hunter, Managing Director of WellBeing GROW, which looks to boost corporate wellbeing, health and productivity, says the effects of this can be devastating.

“There is a flow on effect when an employee doesn’t come to work,” he said. “It can make other employees less productive and negatively impact staff morale and workplace culture.”

However, he said the elephant in the room for many companies was the issue of mental health — which, he believes, many businesses are failing to address.

National Mental Health Commissioner and businesswoman Lucy Brogden suggested that workers should be allowed to take sick days without giving their boss a reason — in a bid to tackle mental health issues in the workplace.

“I’d like people to be able to take sick leave without having to say why. The old food poisoning, migraine (reason) — that’s often covering up for a mental health day,” Ms Brogden said.

“(That way) staff don’t have to disclose until they’re ready, if they’re anxious then disclosing it upfront or in the early stages may not help their recovery.”